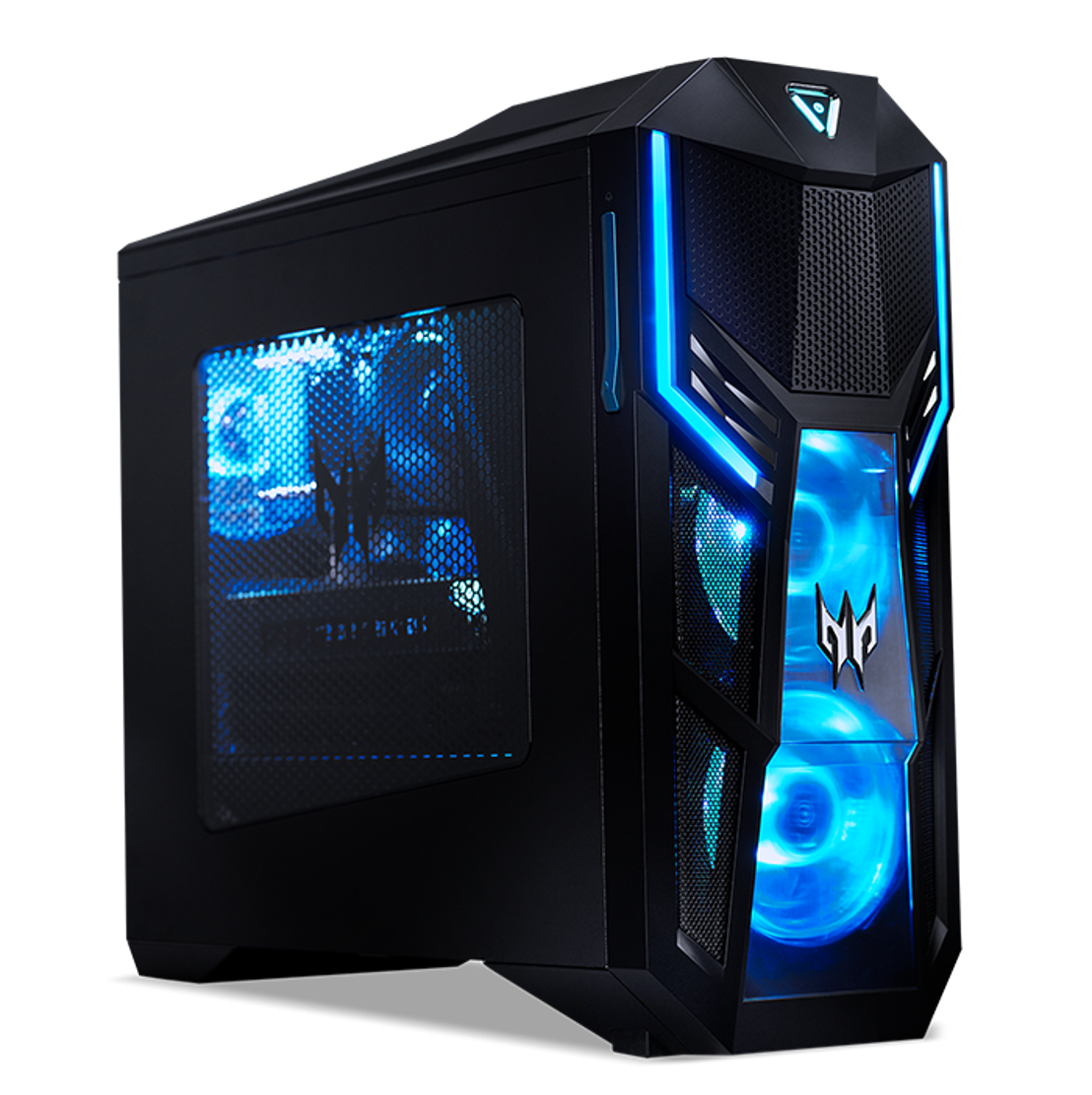 “The Predator Orion 5000 series is designed for gamers who prefer to max out their settings in and potentially dive into streaming with little-to-no impact on performance,” said Jeff Lee, General Manager, Stationary Computing, IT Product Business, Acer Inc. “With the latest gaming technologies like a GeForce RTX GPU and overclockable 9th Gen Intel Core i9-9900K Processor, the new Orion 5000 packs enough power to satisfy even the most demanding gamers.”

“It’s great to see Acer bring such a wide portfolio of gaming devices designed to meet the needs of so many different types of gamers with their new Predator and Nitro series offerings,” said Mark Linton, General Manager, Consumer and Device Sales, Microsoft Corp. “Acer continues to innovate and bring great gaming experiences to market for consumers.”

The tower’s chassis has been trimmed down to just 30 liters so users can choose a powerful machine with a reduced footprint, while the see-through side panel includes a layer of metal mesh which, along with the rest of the case, gives EMI shielding to inner components. Users can maintain superiority over the competition with 2.5Gbps Ethernet, and when victory is assured, they can hang the headset on either of the chassis’ two headset cradles.

The Easy-Swap expansion bay supports 2.5 inch form factor SATA I/II/III SSD and HDD drives, providing file transfer speeds of up to 6Gbps, for quick and easy moving or switching of data without tools or rebooting. It’s ideal for gamers who want to swap data, move systems, or travel with their 2.5 inch SSD quickly.

Users can choose an RGB lighting pattern that fits their style, or one that suits the game of choice. Light bars and case fans tucked away within the hardened shell support 16.7 million colors. With Lighting Maker, customers can fine tune lighting and let it dance with the music being played.

Acer revealed its Predator LFGD (Large format gaming display) monitor (CG437K P) measuring an astounding 43-inches. Designed for hardcore PC and console gaming enthusiasts looking for ultra-high definition (3840 x 2160), the 4K monitor features a fast 144Hz refresh rate for incredibly smooth and tear-free imagery, essential for tracking objects as they zip across the screen. The monitor’s AdaptiveSync feature adapts to the frame rate of the outputting device, resulting in uninterrupted gameplay so users can concentrate on the task at hand. The VA display panel features a wide color gamut of 90 percent of the DCI-P3 color space for vibrant colors that pop out and deeper blacks. For enhanced color vibrancy, VESA-Certified DisplayHDR™ 1000 certification ensures better contrast and color accuracy, allowing customers to experience AAA games as they are meant to be. It’s not just for hardcore PC gamers. Console gamers will appreciate its three HDMI ports, plus a Type-C, and a DisplayPort.

The Predator CG437K P features power saving technologies, such as a light sensor that can detect the light level in the room and automatically adjusts brightness for comfortable viewing, and a proximity sensor, so as viewers move to the front of the monitor it will automatically wake up from standby mode, or revert to sleep mode when there is no movement in the room. It also includes a remote control, making it convenient for living room use.

New Predator Gadgets and Accessories Level Up the Gaming Experience

A new range of Predator gaming gadgets was also unveiled, including:

Predator Galea 311 noise-isolating gaming headset will be available in North America in June for USD 99.99; in EMEA in June, for EUR 69.00; and in China in October, for RMB 339.